MTN Charges Me to Renew a Service I Never Subscribed To

December 17, 2019
I extolled the virtues of MTN before and for the most part appreciate the Ghana telecoms.  But sometimes they do some grimey sh*t, which I also talked about in the past.  And I had such an incident with MTN just yesterday.

For yesterday I was automatically charged 65p to renew a service called MTN Phone Book Backup which in all honesty I don't remember ever subscribing to in the first place.  Then I had to send an SMS to unsubscribe from the service (Stop to 5122), which cost me another few pesewas.

FYI - MTN Phone Book Backup is apparently, as its name suggests, a process by which your phone contacts are backed up to, I would presume, MTN's servers.  And even people who have willingly subscribed to it seem to have a hard time using the service, as accessing it apparently requires logging in to MTN's website or downloading their app.  In other words there appears to be no way to actually access the backups directly via your phone, i.e. a short code, and you have to be online to get them.

But back to the original issue at hand - I receive something like 5-10 solicitations from MTN daily.  It has reached a point where I receive more adverts from them then messages from people I actually know.  And some of them are very dubious in nature.

For instance sometimes I'll receive offers to 'win a car', money or some other scam from an unidentified entity which apparently isn't MTN itself.  This would likely indicate that MTN is allowing third parties to advertise to customers, via SMS, who subscribe to their network.  And that's something you'll likely have to deal with, to varying degrees, using any telecom in Ghana.  Moreover sometimes they do get people who don't know any better.  But in Vodafone's defense I'll also say that it seems like they don't lease out contact information to private entities as much as MTN does.

So you know, it may sound like I'm crying over 65p, but I look at this on a grander scale of like how many people did they actually do this to.  Or what if I really needed that 65p to make some calls or something, and they just jacked it like that?  But such sheisty activities are so common with Ghanaian telecoms that when they do occur no one even really seems to bother to talk about it.
MTN MTN Phone Book Backup Tigo Vodafone 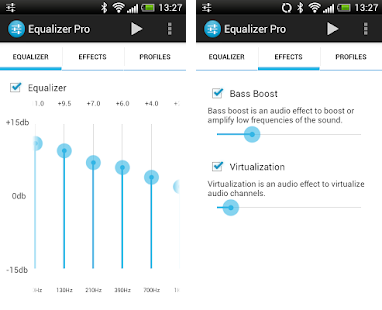 I recently started using a new android (Tecno W2) which unfortunately, unlike another more-basic Tecno phone I used some time ago, features a painfully-low volume level.  So I began looking for freeware to rectify the situation.
First I came across DFX Music Player Enhancer which apparently is made by the same company that produces the DFX Audio Enhancer for Windows, which happens to be excellent software for edifying (and increasing) your computer's audio output.  DFX Music Player Enhancer increased the audio of the android slightly but again only works for music files and not videos, and video volume is even worse on the W2.  So I began to searching for additional, system-wide options:

Then I came across Equalizer Pro, and although the overall audio isn't as loud as I'd want it to be (especially via ear buds) it is much better.  The funny thing about this software is that if you activate it's extensive equalizer (as pictured above) the audio seemingly plays at a lower …
Read more