Showing posts from January, 2018
Show all

Be The Change Foundation 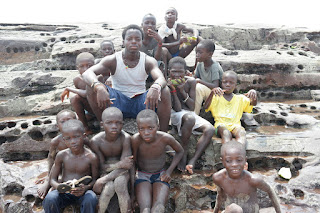 I'm currently working directly with an NGO called Be the Change Foundation that is run by an exceptional young entrepreneur and philanthropist named John "California" Eduafo (pictured above).  John is a resident of Elmina, which is where Be The Change Foundation is based, a coastal area of Ghana that is primarily known as being one of the historical centers of the Transatlantic Slave Trade.
Be The Change Foundation was founded in 2014 as the Okyena-Ntsi Children Foundation, and the primary mission of this non-governmental organization is to provide free clothing, shelter, healthcare, education and nutritious food to children (especially orphans) and generally anyone who may be of need.The motivating ideology of this organization, which has also inspired the recent name change, is for individuals to take initiative to bring about positive changes instead of waiting for others to do so - or as Mahatma Gandhi would say to "be the change you wish to see in the world&qu…
Post a Comment
Read more
More posts